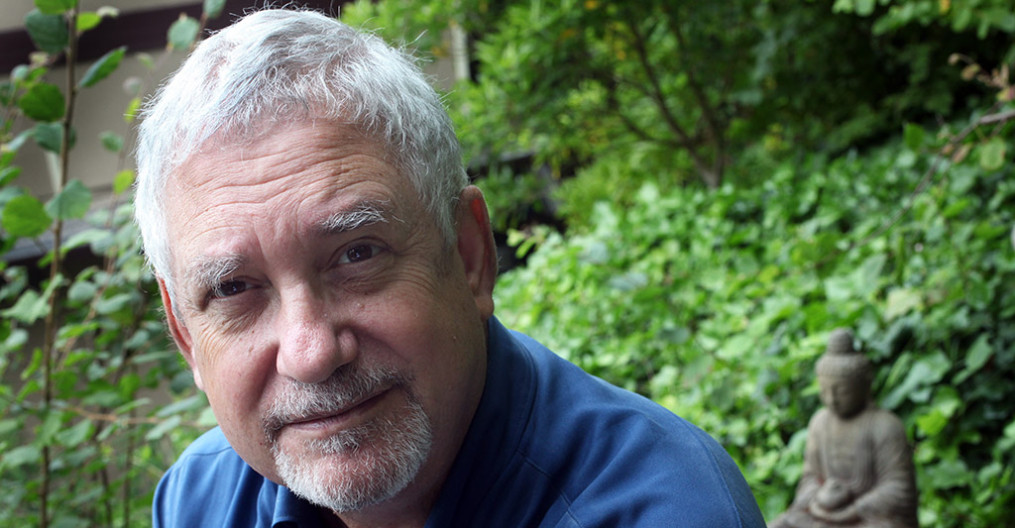 When I was a kid I used to love science fiction. Every summer my Dad would give me a list of great books he wanted me to read. Instead, I went to the local library and came home with an armload of Sci-Fi from classic authors like Robert Heinlein, Clifford Simak, and Theodore Sturgeon. I loved the way these works posited alternate realities and different universes, and created dramas amid spaceships, other planets, and other stars. When the first Star Wars movie came out, and everyone suddenly discovered the power of these spacious dreams, I wasn’t surprised. For me it was just a replay of the excitement of my own childhood.
Recently I read The Five Ages of the Universe: Inside the Physics of Eternity by Fred Adams and Greg Laughlin. This is a general reader’s introduction to the latest discoveries and theories of astronomy and physics. And I felt like I was back reading Heinlein’s Strangers in a Strange Land and “grocking” life on Mars. Much of the material of the book was familiar to me in a general sense, but the specifics, especially the vast time scales stretching into the future of not just billions, but trillions of years as the ever expanding universe devolved into cooling red dwarf stars and black holes that would last and live thousands of times as long as the current age of the universe.
Just trying to picture the physics of the Big Bang, in which the universe began as an infinitely small “singularity” and expanded in the first trillionth of a second into a structure hundreds of light years across made me dizzy. And of course you have to ask, even though there is no answer to the question, What was there before the Big Bang? And ponder the fact that, as best we know, there was no there there. There was no before. Not unless, as some physicists propose, we live in one of an infinite number of alternate universes, ones that we will never be able to visit or prove the existence of.
What was doubly dizzying is to put the book down and return to the daily grind of life here on earth, reading the depressing news of the latest catastrophe, whether natural or man-made, and putting one foot in front of the other to get through the rest of the day. We are extraordinary beings, we humans. We have the capacity to understand the most far-reaching and complex scientific facts about the universe and its most distant stars, but at the same time when it comes to solving the big problems on planet earth—which may be, as far as we know, the only planet with life on it in the vastness of all space–I ask myself, how can we be so smart, and yet so dumb?
My brother-in-law was a physics professor, now regrettably no longer with us, and I used to have arguments with him about space travel and populating other planets. He was of the opinion that basically we are doomed here on earth and our only hope was to blast off to somewhere else before the apocalypse happened. (That was the plot of several well-known science fiction classics I read). I have read that the most famous physicist of our time, Stephen Hawking, had somewhat the same view. And we keep hearing the Elon Musk wants us to colonize Mars, perhaps for the same reason. My counter argument was that we needed to apply all our wisdom and understanding to fixing things here on earth, or the intractable problems we have here will follow us to Mars or wherever else we wish to go.
I suppose the answer to my question about our being both so smart and so dumb is that the part of the human brain that has created the vast complexity of modern science is cordoned off from the part that lives out the daily grind and strives for status, money, power, and profit. In contrast to the heady advances of science in the last three centuries, the daily grind brain still seems stuck in the Roman Empire or the horde of Genghis Khan. It’s almost like two separate brains that barely communicate with one another.
And here is yet another perspective, a Buddhist one from the mouth of Shunryu Suzuki, my Buddhist teacher. One evening (I think it was in the 1960s, not long after the Cuban missile crisis) a student asked Suzuki, “If a nuclear war wipes out all human beings on earth, what will happen to Buddhism?”
Suzuki responded, “It will continue.”
I wish I could travel back in time and ask him what he meant by that. I guess he means that the essence of Buddhism is bigger than humanity and the human mind, but somehow I am not comforted by that thought. I would rather have Buddhism continue in a world where we human beings are still in it, still learning, still striving to understand. At least for the next 5 billion years, after which, according to the authors of The Five Ages of the Universe, our sun will become a red giant and swallow up earth in the process. I guess by then we will have to be on some other planet in order for the human race to survive.
I’d be happy if we could just get through the next 50 years without blowing ourselves up.

One thought on “Cosmology and the Daily Grind”